In the practice based research project The Designing Attitude, a learning environment was developed by Anke Coumans and Ingrid Schuffelers in which different people, involved in the care for people with dementia, created new concepts and perspectives for redesigning the care environment. Young artists and designers, with whom we worked before, were invited to share their attitude, their way of working, in a collaborative artistic process. The basic assumption of this research was: we shouldn’t leave the environment of people with dementia to the designers, we also shouldn’t design it just for the people with dementia. It should be put in the hands of those who reside there: people with dementia, their caregivers, volunteers and family. The basic questions were: how can a group of people become a design team adequate for the task? What interventions and settings are needed?

Our learning environment can be understood as an ecology of practices (Stengers, 2005), in which practices from the domains of care, art and humanities meet. It resulted in the coming into being of new practices in the different domains. The design researchers of the project created settings (Isabelle Stengers would call them technologies of belonging) that made it possible for the caregivers, family, volunteers and young artists and designers to become part of the research as co-researchers. From this position they brought in their own research perspectives and insights. In these settings visual ways of working were involved. But these ways of working weren’t brought in as ways to create artworks, but as ways to interact with each other.

The material that was produced was material that was able to speak back and create an artistic (research) process. The visual resources enabled the participants to redefine themselves regarding their relationship with and position towards the family carers, the people with dementiaand each other. Because of these settings we discovered the essence of the care system in the way it functions now and in the way it could function in the future. At the same time it  ensured that all participants gained a thorough understanding of what it means to have a designing (or artistic) attitude and use this to set their own goals of “living well”. Together we became a design team which is able to collaboratively redesign the living environment of and care for people with dementia. 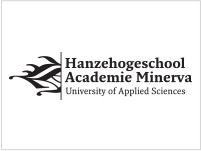 ACKnowledge explores alternative forms of knowledge produced in the arts: in art libraries, audiovisual collections, artist collectives. How can we unlock and share knowledge embodied in these contemporary art practices?

Concerts of symphonic orchestras have the predictability of a ritual. Musicians play, the audience listens. A lot of people don’t find this ritual interesting anymore, concert attendance is dropping. How can we explain this decrease? And how can the audience participate with the orchestra in artistically relevant ways?

News outlets can significantly benefit from technological developments in automation that support the practise on the work floor. How is design and design research impactful in the context of the future newsroom?

Performing artists and athletes have to perform well in high pressure situations and face challenging physical demand, this makes them prone to health problems. The aim of PEARL is to prevent physical and mental health problems, to optimize health and to maximize performance.

Artist-run spaces and platforms are becoming a form of contemporary art. They are not just mediators, but collective-participative works of art. With Rotterdam as an example, this project investigates the consequences of this development for the established system and definition of art, and its relatedness to gentrification and marginalized culture.